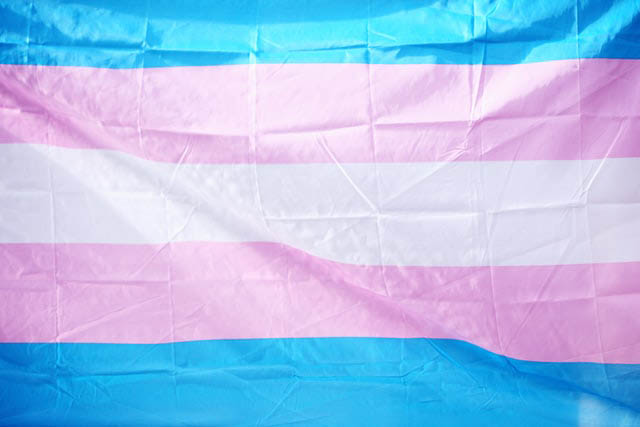 “I will … benefit my patients according to my greatest ability and judgment, and I will do no harm or injustice to them.” This is a line from the Hippocratic Oath. It, like the Nightingale Pledge for nurses, is a list of tenets that physicians abide by to uphold certain morals and to ensure healthcare professionals (HCPs) provide top-quality care to all who seek it.

“I will do no harm or injustice to them.” Despite being written plainly, this has been and continues to be debated. Disability, race, and, most recently, gender have all been used as justifications to voluntarily withhold care, thereby breaking that oath.

Some HCPs recognize that failure to provide care to the best of their ability is an injustice to the patient. Though their desire to learn can bring them far, loss of enthusiasm is inevitable when pitted against the mountain of information HCPs must consume to keep their medical knowledge relevant.

Whether intentional or accidental, not being equipped to meet a patient’s needs is an injustice, and, for many transgender individuals, that type of injustice is far too common.

Background
To be transgender is to identify with a gender that doesn’t correspond with your sex assigned at birth. Due to the isolation and self-loathing society can reinforce, transgender identities are often complicated by psychological comorbidity. According to the 2015 U.S. Transgender Survey, the largest of its kind, 40 percent of respondents reported having a neutral or unsupportive living situation, and one in 10 reported that an immediate family member had been violent with them because they were transgender. Without a foundational support system, maintaining stability and self-esteem can prove difficult. Even admitting to oneself that they’re different could take years. For trans individuals, years may pass between doctor visits because of the emotional and financial tolls that can accompany them.

With that in mind, it’s imperative that HCPs are prepared to ease their medical journey, because it’s one that’s likely been in motion, and it’s one that won’t end because the HCP refuses care – it’ll just make things harder for the patient.

Access to Care for Trans Individuals
A primary concern for transgender individuals, both newly transitioning and previously transitioned, is access: who they see, where they are seen, what they are treated with, and how they are treated. For many, answering these four questions can feel insurmountable.

One individual interviewed for this POV cited a string of HCPs that were either unprepared for, or visibly uncomfortable with, trans issues, and expressed need for a navigable database of trans-friendly HCPs. Aside from being casually misgendered by office staff, she was eventually placed with a doctor that had working knowledge of trans needs, but even then, experienced hurdles. She noted, “For a six-month period, my claims were being rejected by my insurance because the insurance had me listed as female, but the doctor’s office had me listed as male. Neither party informed me of this foible, and by the time I updated my identification, I had $1,000 in fees racked up in a surprise lump.”

Along these lines is another problem known as deadnaming. Deadnaming is when a trans individual is referred to by their birth name rather than the name that they’ve chosen. This often accompanies misgendering as well, and elicits a variety of negative emotions. Not only does deadnaming show disrespect for the person, but it can cause financial strife like that expressed above, as well as creating opportunities for the person to be outed without their consent, potentially putting them in danger.

Again referring back to the 2015 U.S. Transgender Survey, one-third of the 28,000 respondents who had seen an HCP in the past year reported having at least one negative experience related to being transgender. Across the web, you can also find innumerable accounts of trans individuals having to teach their HCPs about trans needs and issues in order to receive adequate care.

On the TransDIY subreddit, a discussion page dedicated to such experiences, one poster reflects on their time living in the southern United States, being denied care by HCPs that didn’t want to be held “legally responsible” for their transition, and dealing with an area “where trans healthcare is nonexistent and 9 out of 10 doctors are overtly hostile and antagonistic towards trans patients.”

Beyond the glaring problems that lay at the crossroads between ideology and moral obligation, the term “legally responsible” is one that oft rolls eyes and sends people running. In a 2011 study by the National Center for Transgender Equality and the National Gay & Lesbian Task Force, 28 percent of respondents said they avoided medical care because of discrimination such as this from a medical professional. This then leads many of those same people to online forums like the TransDIY subreddit that’s dedicated to do-it-yourself hormone replacement therapy, or DIY HRT.

DIY HRT is a combination of non-prescribed, often unregulated, hormone medicines and self-performed surgeries that are administered without the supervision of an HCP. Due to the classification of testosterone as a steroid by the Controlled Substances Act of 1990, the majority of DIYers are transgender women.

Forums dedicated to DIY HRT are intended to be a gathering spot for people to share their experiences and help keep DIY HRTs as safe as possible, but the lack of regulation is crippling, and it goes beyond the obvious. In 2016, the Center for Safe Internet Pharmacies surveyed 30,000 online drug sellers and found that a whopping 96 percent existed outside of regulations upheld by the FDA, the Drug Enforcement Administration, or the National Association of Boards of Pharmacies.

Moreover, trans individuals also face regular shortages of legal, prescribed estrogen and testosterone. The reasons vary, but one of the most recent shortages of synthetic estrogen has largely been chalked up to a delay in FDA approval. Some trans individuals have posited that this shows a lack of concern for the trans community, considering that there are 17 estrogen medications that have gained FDA approval for cisgender menopausal women.

HRT is recommended for trans individuals with gender dysphoria, and has been shown in numerous studies to have overwhelmingly positive psychological effects in both adolescents and adults. “Research tends to support that GAHT (gender-affirming hormone therapy) reduces symptoms of anxiety and depression, lowers perceived and social distress, and improves quality of life and self-esteem in both male-to-female and female-to-male transgender individuals,” as one study in Current Psychiatry Reports noted.

Avoid Pinkwashing
According to a study published by P&G in partnership with GLAAD, “exposure to LGBTQ people in the media increases non-LGBTQ people’s comfortability with LGBTQ people in their daily lives.” While representation is important, not all representation is created equally. As people who work in media, it’s our job to ensure that the practice of pinkwashing – that is, creating an appearance of trans allyship that is performative in nature and does not have meaningful effort behind it – does not happen in the healthcare space.

Where Pharma Marketers Fit
Considering the complex mission of improving access to appropriate healthcare in general, and helping the underserved population of trans people in particular, you may find yourself asking a very real question: “What can I even do as a healthcare marketer?”

Representation is imperative. In the pharma space, there’s a glaring lack of trans identities represented, and it’s on us to ensure that the representation of trans individuals is present, realistic, and, above all else, not tokenistic.
A basic tenet of marketing is that people respond more positively to things that represent them. Also, it’s important to remember that trans people exist outside of their need for HRT, in every other sphere of healthcare (and the world). We are all a sum of equal parts, but we are, in fact, a sum. We are never just those parts.

LGBTQ+ media representation has had an immediate and measurable impact (mostly positive) on the community’s quality of life, but we as healthcare marketers work under slightly different parameters and must therefore temper our thinking accordingly.

One space that we can promote equal representation in is medicine outside of conditions specific to being trans. Trans people’s healthcare needs can be different because trans people’s bodies are in many cases different. For instance, when performing tracheotomies, it’s recommended that HCPs use smaller tracheal tubes on trans women, to account for any surgical tightening of the vocal cords; an untold amount of trial and error went on before this recommendation was publicized. This is only one example where transhood might not automatically be considered, but could seriously affect treatment.

Clinical Trials
Beyond medical procedures, clinical trials are a space that transgender people are often left out of. For example, one large corporation faced criticism for not evaluating the effects of its HIV preventative medication on people assigned female at birth. Including trans people in clinical trials helps better, more complete scientific investigation take place.

Clinical trials are (like the rest of healthcare … and existence) evolving to become more and more digital, which is helping to improve their ability to access and involve more diverse populations. In addition, the FDA has noted (most recently at the 2021 ASCO meeting) that they will require more diversity in clinical trial populations. Brands involved in pre- or post-approval trials can include gender identity in the diversity they seek for their trial populations, and in the diversity they account for. This can mean even simple efforts: for instance, offering more than a “M/F” choice in sign-ups can signal to a participant that they are considered and welcomed.

Doctor Discussion Guides
A powerful way for marketers to promote trans allyship would be to offer HCPs education on issues facing the trans community, because HCPs are likely to need help talking to their patients (it’s rarely covered in their education). Likewise, trans individuals that avoid seeing HCPs may not know everything their HCP should be asking. Creating a doctor discussion guide can meet that need for both parties and facilitate respectful, effective exchanges.

Toolkits
Marketers can collaborate with support groups focused on inclusive spaces in healthcare to create a toolkit for HCPs new to treating openly trans or actively transitioning patients. This can include a checklist for an office inventory, as well as one for a personal inventory, so that HCPs can begin to break down the walls separating them from the problems that their patients face.

This toolkit could also include a national and local resource list to direct patients to complimentary services like local trans-friendly counselors, psychiatrists, specialists, speech therapists, and surgeons. While not HCPs, hair removal/electrolysis specialists should be added to avoid the potential for botching DIY home versions. National hotlines, nonprofit organizations, and legal entities that specialize in Title VII cases could also be included.

Glossaries
Another important piece is a glossary of preferred and unacceptable terms to use in a trans-inclusive setting. While it’s important to know a person’s specified pronouns, how to address them, and how to refer to them when speaking with colleagues, it’s mission-critical that when speaking to or about these people we do not forget that they’re people first and must be treated with respect.

Deadnaming, which was mentioned previously, is only one of the aggressions trans people face in the healthcare system. By providing a list of similar aggressions that trans people face, possibly as a Dos & Don’ts list for HCP offices, we’ll be able to dismantle some of the assumptions that people have. This can also be a source of authenticity if we position this experience as being one of learning and therefore one of occasional mistakes. It’s also important to remember that HCPs are people, too, and like all people, they are not perfect.