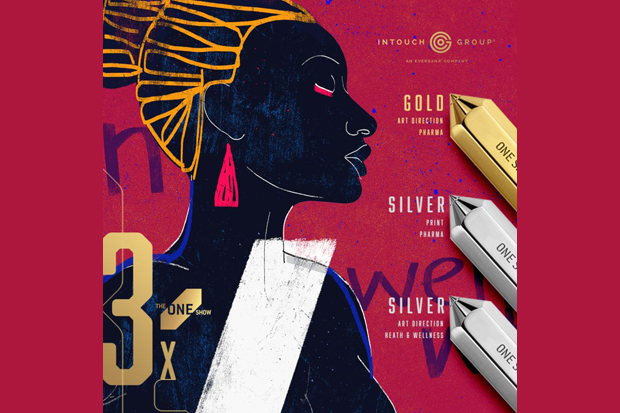 We were over the moon when we learned that several works of EVERSANA INTOUCH creative had been nominated for awards from The One Show, one of the most prestigious award programs in the world for advertising, design and digital marketing.

You can imagine the cheers when we found out the results!

“Ticking Lyme Bomb,” a campaign for the Global Lyme Alliance that explained that Lyme disease attacks people in cities, not just rural areas, was given a shortlist nomination in the Pharma: Print category.

And, last but very definitely not least, “Erase the Line,” for The Chrysalis Initiative, is where the awards truly rained in. Erase the Line received:

These campaigns, and others, have been honored elsewhere too – by Cannes, D&AD, the Mannys, PM360, and more.

We couldn’t be prouder of the creative chops of our brilliant teams – and we couldn’t be more honored to work with organizations like these on their life-changing work!

At the 14th PM360 Trailblazer Awards, EVERSANA INTOUCH took home Agency of the Year, CEO of the Year, Product Launch of the year, Gold in AI/Data Analytics, among other accolades.

Faruk Capan and Jim Lang are interviewed by MM&M for the (library-themed) Agency 100 issue, in which EVERSANA INTOUCH features in the fifth spot.

The Chrysalis Initiative “Erase the Line” campaign has been honored by its inclusion on the D&AD Future Impact Short List, which gives the program and organization opportunities as well as recognition.